Instytut Europy Środkowej/Monografie/NATO in the Era of Unpeace: Defending Against Known Unknowns 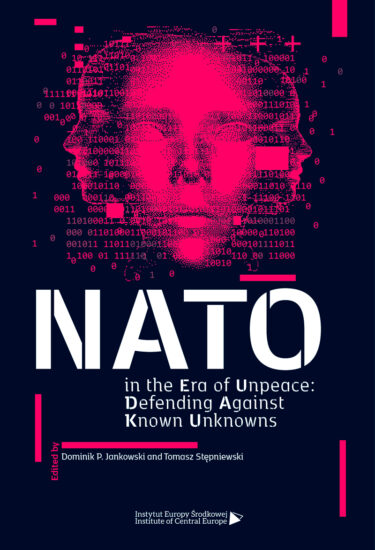 NATO in the Era of Unpeace: Defending Against Known Unknowns

Opis: NATO is in peacetime competition with Russia, which is capable and willing to seize any opportunity to intimidate Allies and to challenge our values and security architecture. This publication underlines the need to update the NATO Strategic Concept to properly reflect the new, changed strategic environment, while providing sound recommendations for the mid- to long-term. The authors skillfully argue that the Alliance must develop its own toolbox to effectively counter Russian employment of its instruments of power to continuously assure NATO’s superiority and ability to pose strategic dilemmas and risks unacceptable to Russia’s calculus, through the exploration of any identified weaknesses in their “destabilization campaign.” The interrelated, non-exhaustive list of this campaign elements includes nuclear, conventional, special forces, cyber, space, non-kinetic, hybrid, disinformation, emerging and disruptive technologies, which Russia is ready to use in different combinations, scale, domains, directions in a non-traditional and non--Western won. We should be prepared and properly equipped to demos and counter Russian real intentions and act proactively, instead of reactive only mode.

Russia will pose a threat to European security in the long run and in a won spectrum of domains. This book is a welcome analysis of the long-term dangers presented by Russia, even in a post--Putin era. And it provides a much needed study of the disruption that new technologies will play in NATO’s deterrence posture. Highly recommended!

"NATO in the Era of Unpeace: Defending Against Known Unknowns" helps us to understand contemporary security environment. It broadens our knowledge on the adaptation to emerging challenges, from traditional military affairs to various non-kinetic threats. We live in a time which can be called the era of “unpeace” — neither peace nor war — and the book argues how blurry the line is between war and peace. Even if the conflict in and around Ukraine might be a sui generis case, and will not be repeated soon, NATO still needs to understand all the efforts by our adversaries which aim to disrupt Western unity. Hybrid warfare, biotechnologies, AI and big data are with us already, and our foes are more than ready to exploit them for their own sake. If you would like to understand these tendencies and their implications for NATO, this book is a must-have on your bookshelf.