Abstrakt: After political and economic transformation, Hungary proposed, in 1991, the establishment of a cooperation involving Poland and Czechoslovakia, a project it launched in Visegrad, near Budapest, under the name “The Visegrad Three”. In 1992, Hungary was an active participant in the formation of the economic co-operation treaty – CEFTA. In 1992, Hungarian government signed the so-called “basic treaty” with Ukraine and began preparations for similar treaties with Romania and Slovakia. The treaties were signed under the Gyula Horn’s administration (1994-1998). In 1990, Hungary also declared its intention to leave the Warsaw Pact. In 1997, NATO also decided to invite Hungary to become a member. In the autumn of 1997, a referendum was held in Hungary, which supported NATO membership of the country. After signing basic treaties with Slovakia and Romania, bilateral relations rapidly developed with the newly independent Yugoslav successor states, concluding several treaties with them. It established new diplomatic missions in the region, i.e. Sarajevo, and in the Romanian city of Cluj (Hungarian: Kolozsvár). The basic treaties concluded with Slovakia and Romania also contained some provisions on the protection of minorities. An agreement on this matter was concluded with Croatia in 1995 and another was signed in 1996 with Slovenia. The engagement of Budapest into regional cooperation depends on the state of Hungarian-Slovak and Hungarian-Czech affairs, which are most difficult problems to handle and resolve. The apparent lack of “adequate enthusiasm” on behalf of the Hungarian foreign policy vis-à-vis the Visegrad Cooperation is one of the causes of the recurrence of Slovak-Hungarian tension with respect to the Hungarian minority. In 2004, both governments declared their intention to cooperate, but they have not been able to comply completely. For Hungary, the Visegrad Cooperation remains a consultative forum and a harmonization mechanism, and there is no need for lasting institutionalization of the cooperation of this regional grouping. The stipulations, or the demand for institutionalization, never arise since a strong commitment and effort would be needed for institutionalization which the Hungarian government is not able or willing to make. Foreign policy, on which the Orbán cabinet has placed a great emphasis, is embarking on its activity in that spirit. Although the last two years are not sufficient to allow us to draw any final conclusions, certain observations can be made at this early stage. 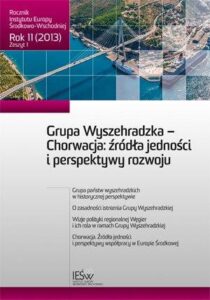